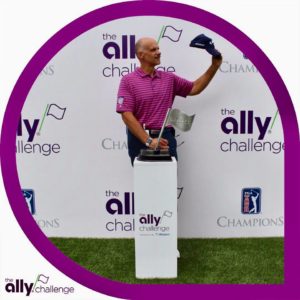 Based in Michigan, Bill has been active in broadcasting and marketing since his teen years when he starred in television commercials for his father’s businesses. Those commercials were terrible (we’re offering a reward for anyone who can find a tape!), but young Hobson caught the broadcasting bug and hasn’t stopped since. 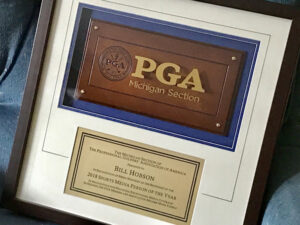 For the past 21 years, Hobson has served as Executive Producer and Host of Michigan Golf Live Radio &TV, heard on a statewide radio network and seen in 3.6 million homes in MI, OH, and IN.

In the winter of 2016, Hobson launched FGN as a way to connect with a national audience of golfers by providing them with a centralized hub designed to help them enjoy insight and entertainment revolving around the game that drives all of us insane.

From Bill: We want you to feel at home when you visit FGN and listen to the podcast. We’re the guys you play with on Saturday morning, travel with on your golf buddy getaway, and commiserate with when you miss the 3-footer for birdie to win the member/guest. We love game and the people that help make it special. Hopefully, that affection and passion will come through so clearly that you’ll add a polite golf clap and tell your golfing friends about FGN!